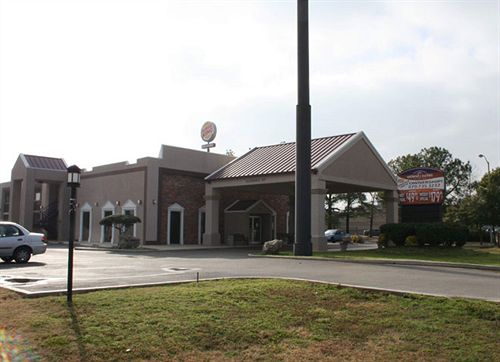 With a stay at extend a suites West Memphis in West Memphis, you'll be in a shopping district and close to Southland Park Gaming and Racing and Tilden Rodgers Park. This motel is within the region of Arkansas State University Mid-South and Hernando de Soto Bridge. Make use of convenient amenities, which include complimentary wireless Internet access and a television in the lobby. Featured amenities include a business center, laundry facilities, and coffee/tea in the lobby. Free self parking is available onsite. Make yourself at home in one of the 130 air-conditioned rooms featuring kitchens with refrigerators and microwaves. Complimentary wireless Internet access keeps you connected, and cable programming is available for your entertainment. Private bathrooms with shower/tub combinations feature jetted bathtubs and complimentary toiletries. Conveniences include complimentary weekday newspapers and coffee/tea makers, as well as phones with free local calls.