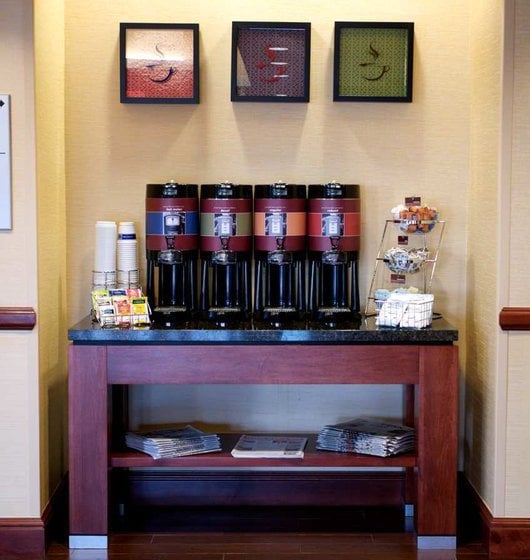 With a stay at Hampton Inn & Suites El Paso West in El Paso (Borderland), you'll be close to Adventure Zone and Outlet Shoppes at El Paso. This hotel is within the vicinity of Sunland Park Mall and Bob-O's Family Fun Center. Take advantage of recreational opportunities offered, including an indoor pool, a spa tub, and a fitness center. This hotel also features complimentary wireless Internet access, gift shops/newsstands, and shopping on site. Guests can get around on the complimentary shuttle, which operates within 5 mi. Featured amenities include complimentary high-speed (wired) Internet access, a 24-hour business center, and express check-in. This hotel has 2 meeting rooms available for events. A roundtrip airport shuttle is provided at no charge. Make yourself at home in one of the 93 individually furnished guestrooms, featuring refrigerators and microwaves. Wired and wireless Internet access is complimentary, while 42-inch flat-screen televisions with cable programming provide entertainment. Bathrooms have complimentary toiletries and hair dryers. Conveniences include desks and complimentary newspapers, as well as phones with free local calls.