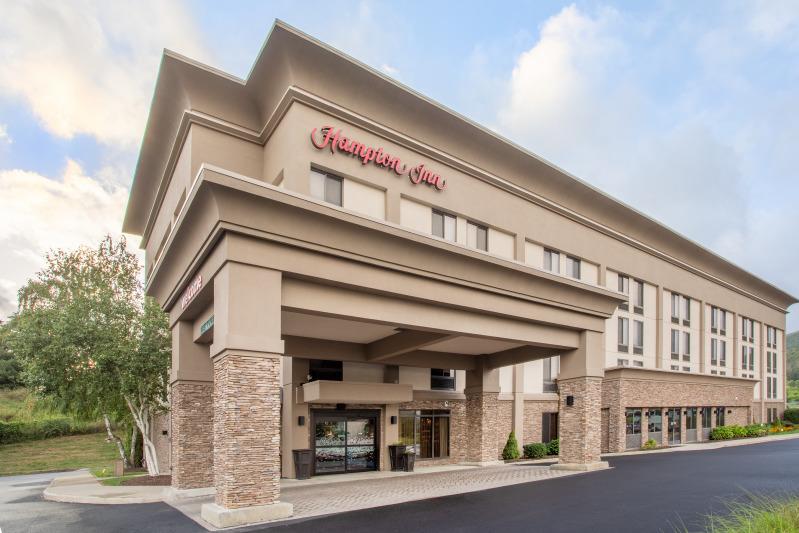 With a stay at Hampton Inn Fishkill, you'll be centrally located in Fishkill, walking distance from Van Wyck Homestead Museum and close to Fishkill Golf Course. This hotel is within close proximity of Blodgett Memorial Library and SplashDown Beach. Take advantage of recreation opportunities such as an indoor pool, or other amenities including complimentary wireless Internet access and a television in the lobby. Featured amenities include complimentary high-speed (wired) Internet access, a 24-hour business center, and a computer station. Free self parking is available onsite. Make yourself at home in one of the 99 air-conditioned rooms featuring refrigerators and microwaves. 32-inch flat-screen televisions with cable programming provide entertainment, while complimentary wireless Internet access keeps you connected. Private bathrooms with shower/tub combinations feature complimentary toiletries and hair dryers. Conveniences include desks and complimentary weekday newspapers, as well as phones with free local calls.