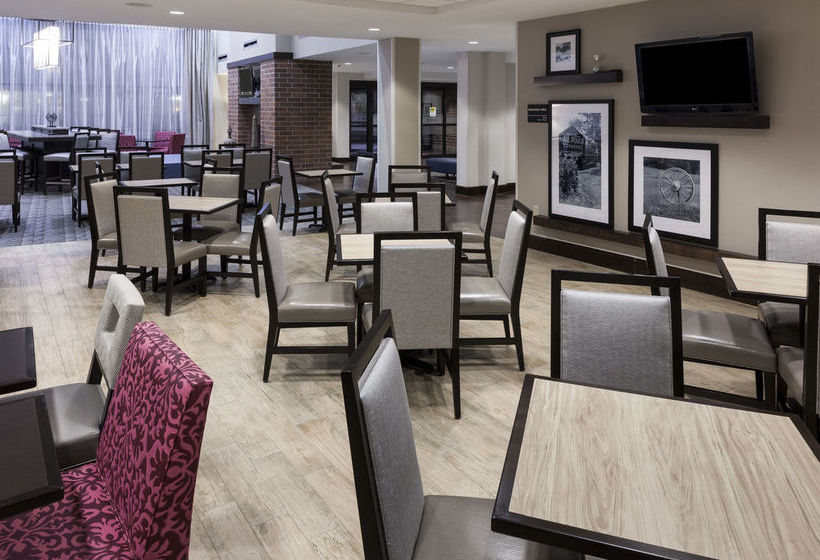 Located in Omaha (NoDo District), Hampton Inn & Suites Omaha Downtown is minutes from Hot Shops Art Center and TD Ameritrade Park Omaha. This hotel is within close proximity of CenturyLink Center Omaha Convention Center and Bob Kerrey Pedestrian Bridge. Enjoy a range of recreational amenities, including an indoor pool, a spa tub, and a fitness center. This hotel also features complimentary wireless Internet access, gift shops/newsstands, and a fireplace in the lobby. Getting to nearby attractions is a breeze with the complimentary area shuttle. Featured amenities include complimentary high-speed (wired) Internet access, a business center, and express check-out. A roundtrip airport shuttle is provided at no charge. Make yourself at home in one of the 139 air-conditioned rooms featuring flat-screen televisions. Complimentary wired and wireless Internet access keeps you connected, and cable programming provides entertainment. Bathrooms have shower/tub combinations and hair dryers. Conveniences include desks and complimentary newspapers, as well as phones with free local calls.