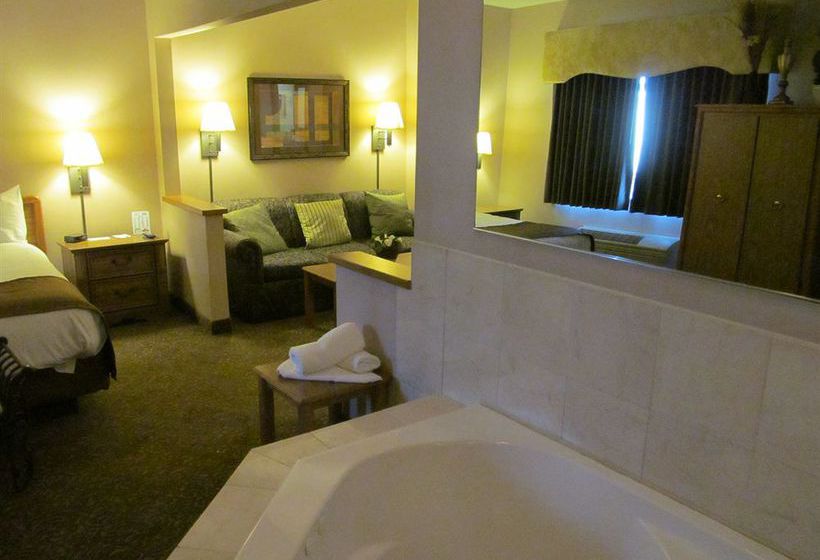 When you stay at Expressway Suites Bismarck in Bismarck, you'll be near the airport and convenient to Bismarck Civic Center and Camp Hancock. This hotel is within close proximity of Belle Mehus Auditorium and Dakota Zoo. Don’t miss out on the many recreational opportunities, including an indoor pool, a spa tub, and a fitness center. This hotel also features complimentary wireless Internet access, a fireplace in the lobby, and a television in the lobby. Featured amenities include complimentary high-speed (wired) Internet access, a 24-hour business center, and a computer station. A roundtrip airport shuttle is complimentary (available 24 hours). Make yourself at home in one of the 65 air-conditioned rooms featuring refrigerators and microwaves. Complimentary wired and wireless Internet access keeps you connected, and cable programming provides entertainment. Conveniences include coffee/tea makers and sofa beds, as well as phones with free local calls.